After 40 years of advancing health care in the community, Connie Nicholas, assistant chief executive officer of the Regional Medical Center of Alabama is retiring.  ... Read more

A mobile COVID-19 vaccination clinic was recently held for residents of Butler County on Tuesday. The clinic, which marked the beginning of the third week ... Read more

Lurleen B Wallace sees a drop in enrollment numbers

Fewer students are attending Lurleen B Wallace Community College this spring semester when compared to the headcount from last year.  According to reports, LBW Community ... Read more

Fewer local businesses are masking up

When Alabama Governor Kay Ivey announced the end of the mask mandate, many businesses struggled to decide what their facemask policy would be going forward.   ... Read more 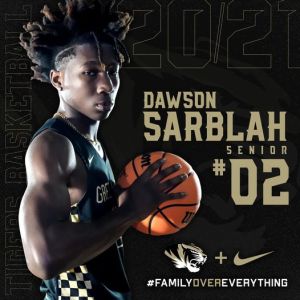 Dawson Sarblah ready to start his next chapter

After four years playing for the Tigers, Greenville Highschool’s Dawson Quaye Sarblah is getting ready to start the next chapter of his life. Dawson’s fascination ... Read more 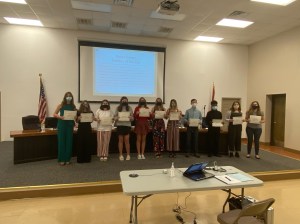 During the recent Butler County Board of Education meeting, a ceremony recognizing members of the Greenville Middle School and Greenville Highschool All-State and Honors Band ... Read more

The following individuals were booked into the Butler County Correctional Facility between Mar. 22- Mar. 28 Mar. 22 David Nathan Bush, 38, for possession of ... Read more

Commuters were stuck on Interstate 65 northbound in Butler County Tuesday evening after a two-vehicle crash caused traffic to come to a standstill. Unable to ... Read more 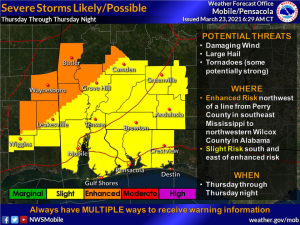 According to the Nation Weather Service of Mobile/Pensacola, heavy rain and thunderstorms from the west will begin to move toward the city of Greenville beginning ... Read more

What was originally supposed to be a simple traffic stop for a loud and excessive noise ordinance for Greenville Police, soon turned into a car ... Read more