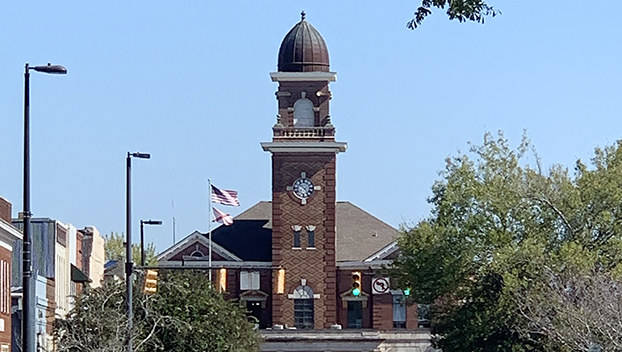 Instead, county officials will spend next week working to establish a plan for the safe opening of the courthouse as cases of COVID-19 continue to rise in Butler County.

Commission Chairman Jesse F. McWilliams III said issues were brought to the Commission in regards to opening Monday. McWilliams asked county officials to discuss concerns with the Commission. Several members were present at the Courthouse Annex and others were on the telephone working the meeting via conference call.

Probate Judge Steve Norman expressed concerns about the sheriff’s office and other offices having enough staff to man the front door and ensure the number of people in the courthouse was safe. The plans to reopen also included temperature scanning each individual who entered into the building.

“To keep up with the flow of traffic would be a monumental undertaking,” Norman said. “We just weren’t prepared for this.”

“I agree that we’re not ready to open on Monday,” he said.

McWilliams noted that a major concern is the number of people who will come to the courthouse when it reopens.

“People are going to flock to the courthouse to get tags or whatever business they need to do,” he said. “Our courthouse employees are the people we need to look after.”

A motion was then made to delay the opening of the Butler County Courthouse and hold another Commission meeting next Friday to see if the plan is ready to be implemented. In the meantime, Bond and other department heads will solidify the plans to reopen and ensure there is enough staff available for security and monitoring the number of people in the offices.

A decision on reopening the week of May 25 will be made on May 22 in a special meeting.

As of Friday morning, Butler County had 252 confirmed cases of COVID-19 and eight deaths related to the virus. A total of 944 tests had been administered, however, a drive-thru testing site operated from 10 a.m. until 1 p.m. Friday at the Butler County Health Department, so testing numbers are expected to rise by Saturday morning.