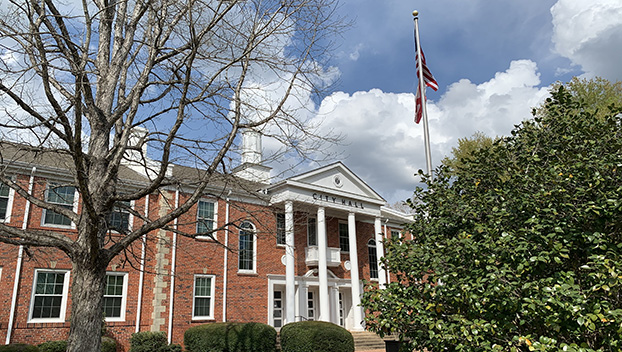 As COVID-19 cases continue to rise in Butler County, Greenville Mayor Dexter McLendon said city offices and facilities are not yet opening to the public.

“We definitely are not needing to open things up,” McLendon, who himself is recovering from the virus, said Tuesday. “Our count this morning is 229. That’s the real number. That’s a high, high number. We’re very concerned about it. The state actually called EMA — Nikki (Hunt) three times yesterday trying to get information and figure out why our numbers are so high — higher than some of the rural counties around us.”

“In a three week period, we’ve gone from 14 to 229,” McLendon said. “In the last week, we’ve gone up over 100. I can’t say enough that opening up and acting like nothing is going on is — this is Dexter’s opinion — just good old common sense — this is really serious. We still have people wanting to party and get together. I can assure you that I want to get out — but that’s not the thing to do. We have to understand that for the state to be calling and asking ‘What’s going on down there?’ We need to tell them that we need some help.”

McLendon said there are several reasons for the high numbers.

“We realize a lot of these numbers have to do with the nursing home,” he said. “But we also have a lot of people not abiding by the rules. We’re doing everything to stop that.”

McLendon said he and city department heads spoke Monday about the situation.

“We definitely do not need to open things up,” the mayor said. “We’re still peaking. We’ve got an issue here. Opening City Hall and inviting people in is not what we need to do. We have some other employees that are being tested. We have some things we have to do to be smart.”

McLendon offered praise for the city employees on the streets.

“For our paramedics and such to still be working — they’ve done a great job,” he said. “We’ve got to keep them safe. We’ve got to keep our police officers safe and people at the hospital. They’ve all been amazing — they’re doing whatever it takes to take care of our people. It’s much appreciated. We’re going to do something when it’s all over with, but we’re not close to being over with.”

The mayor reminded citizens to use social distancing and not host parties during the duration.

“All city facilities are going to stay closed until further notice,” McLendon said. “We’ll talk again after we hear something from the governor, but we’re in a hot spot. If we were 35 or 40 or even 50 to 60 cases and had been that way for a while, we would open up, but that’s not the case. It’s very concerning to me.”

McLendon said that the city curfew expired Sunday night. He also explained that despite the fact city offices were closed to the public, employees were still performing their daily duties. At City Hall, employees are available by phone from 8 a.m. to 2 p.m. Monday through Thursday.

“They’ll take your phone calls,” he said. “There’s nothing going on that we’re not taking care of. I hadn’t had anybody complain about limbs — I think people got every limb they could and put them out during the first two weeks. The garbage is running like it’s supposed to. It is still four days per week and probably will stay like that for a while.”

McLendon said in a 45-minute meeting by phone Monday city leaders agreed “this is just not the time to open the doors up and let everybody in.”

“We’ve got a little more time — we’ve got to be a little more patient,” McLendon concluded. “We’ll keep you up on what’s going on. The curfew was different — once the state did what they did, it changes everything. We don’t want anybody to get a ticket and we’re not out there to harass anybody, but it did work. To be honest, if it gets worse, we can go back to that. Please everybody be careful — this is not something you get over in just a day or so.”

From the comforts of his home, Greenville Mayor Dexter McLendon said Tuesday morning that he and his wife, Janice, are... read more