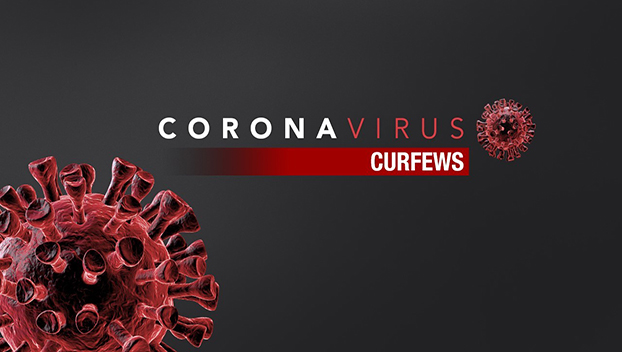 The City of Greenville and Butler County are only a few hours away from the first night of recently enacted curfews issued amid the COVID-19 pandemic.

Both curfews are scheduled to begin at 10 p.m., Friday, April 3, and continue until 5 a.m., Saturday, April 4. The curfews will continue from 10 p.m. until 5 a.m., seven days a week until further notice. Friday night’s initiation of local restriction come on the heels of Gov. Kay Ivey’s Friday afternoon announcement of a Stay at Home Order to be applied statewide. The order will be effective beginning at 5 p.m. Saturday, April 4, and will expire at 5 p.m. on Thursday, April 30.

“In talking with our district commissioners, they feel like this is the best thing that we can do for the safety of our citizens right now,” District 2 Commissioner and Chairman Jesse McWilliams said. “We are up against incredible odds with something that we have never encountered, so we are trying to do everything that we can to slow the process of this pandemic that’s taken this country over.”

The City of Georgiana also announced a curfew Thursday afternoon.

Law enforcement officials in each area have expressed that they will stop motorists during curfew hours to confirm the necessity of travel. If the necessity is confirmed, the motorists will be sent on their way. However, if not, a fine could be imposed.

The spread of COVID-19 has continued statewide for three weeks and shows no signs of slowing down. Gov. Ivey and local lawmakers hope these new limitations will help slow the spread of the deadly disease.

As of 6 p.m. Friday, there have been 1,515 confirmed cases of coronavirus and 21 related deaths statewide. A total of 9,601 tests have been administered statewide for an average of 15.7 percent of individuals testing positive.

There are some exceptions to the curfew including first responders, utility and telecommunication employees and others. See below ordinances for a complete list.

To read the State of Alabama’s Sixth Supplemental State of Emergency, click HERE.