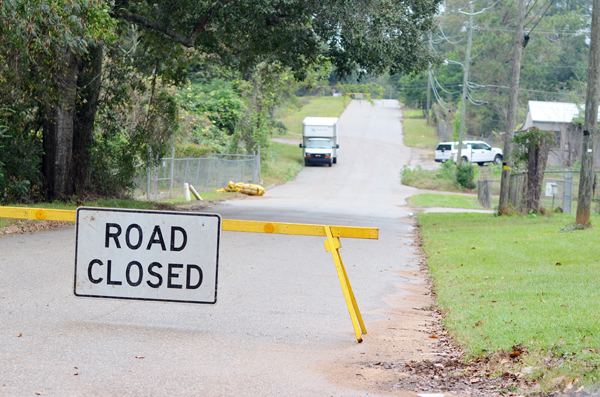 Feds investigating hazardous spill in city; public not in danger

Federal agencies are currently in Greenville investigating a “hazardous material situation” that has contaminated a small creek within the city limits.

The Greenville Fire Department was first dispatched to the former industrial area – now bordered by residential homes – on Beeland Street Wednesday morning, along the creek that stretches to the Cunningham Street bridge. Upon arrival, the fire department notified Butler County Emergency Management Agency Director Kris Ware, who quickly called state and federal officials to the scene to investigate.

After extensive testing of the water and air quality throughout the ¾-mile area affected by the spill, federal officials deemed that the public is not in any danger, according to a press release issued by Greenville Mayor Dexter McLendon’s office.

“The incident is isolated to this area and is due to a recent spill within the past week,” McLendon said.

McLendon added that officials with the Greenville Police Department, including Chief Justin Lovvorn are investigating the spill and its possible source, which remains unknown.

Beeland Street will remain closed until the cleanup is complete, which could take until Saturday.

No further information is available at this time.

For more on this story, see Saturday’s edition of The Greenville Advocate or visit www.greenvilleadvocate.com

Suspects in connection with a double murder that occurred in Butler County in June have been arrested, according to Alabama... read more