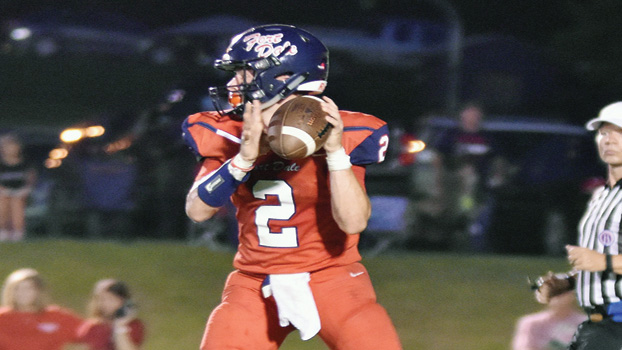 Last Friday, the Eagles hosted Success Unlimited out of Montgomery and came up short, 38-34. This week, they will host annual rival Sparta for Homecoming.

“We’re still doing things that are getting us beat — mainly we’re turning the ball over,” Sampley said. “You just can’t expect to win if you keep fumbling, but the guys are playing hard. I’ve been happy to see their effort the last few weeks.”

Sparta is 0-5 at this point in the season. The Warriors seem to be reeling and a Fort Dale win may be what the Eagles need to turn the season around.

“We need to fully establish our identity, and our identity has got to be running the football,” Sampley said. “We’re doing that pretty well, but with no consistency. The turnovers are really killing us right now.”

Sampley added that he’d like to see the ball thrown more. The Eagles will have the chance to do so Friday night against the Warriors.

Fort Dale is currently 1-3. It’s the Eagles worst start since the 2014 season.

Kickoff is set for 7 p.m. Friday night. Homecoming festivities will take place before and during the game, including crowning of the 2018 Homecoming Queen at halftime.

W.O. Parmer Elementary School is among the nation’s elite when it comes to teaching its students how to live healthy.... read more