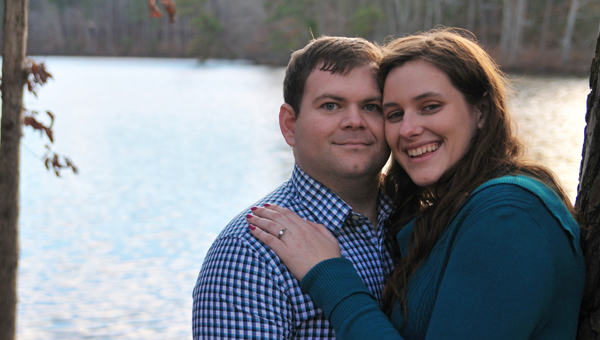 The bride-elect is a 2008 graduate of Briarcrest Christian High School and a 2012 graduate of Georgia Tech with a degree in polymer and fiber engineering.

She is currently pursing a doctoral degree in material science and engineering at Georgia Tech.

She is employed with Georgia Tech.

The bride-elect’s maternal grandparents are the late Bob and Betty O’Brien.

Her paternal grandmother was the late Mary White.

The prospective groom is the son of the late Mr. Brian Rossi and the late Mrs. Tracy Lowery Killough of Georgiana, Ala.

He received an accounting degree from Troy University in 2011.

He is currently employed with Southeastern Data Cooperative in Atlanta.

The groom’s maternal grandparents are Ms. Lucille Lowery and the late Mr. Woodrow Lowery of Georgiana.

His paternal grandparents are Mr. and Mrs. Joe Rossi of Hoover, Ala.

The couple will unite in marriage on Aug. 8 at the Tabernacle Assembly of God in Decatur, Ga.

The reception will be in Norcross, Ga., immediately following the wedding.