Couple to wed in May 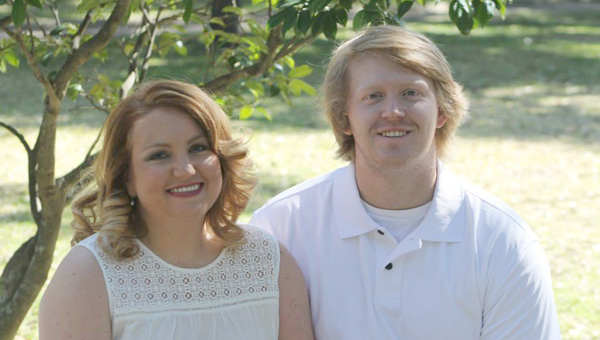 Mr. and Mrs. Terah Huckabee of Tuscaloosa and Mr. and Mrs. James Walker of Andalusia announce the engagement and forthcoming marriage of their daughter Emily Claire Walker to Gillen Lee Walker of Mobile, Ala.

The bride-elect is a 2008 graduate of Andalusia High School and a 2013 graduate of the University of South Alabama with a degree in communications.

She is now employed with Fit Recruiting in Mobile, Ala.

The prospective groom is the son of Ms. Kathy Walker and Mr. Mallard L. Walker, Jr. of Mobile. He is a 2012 graduate of St. Paul’s Episcopal School in Mobile, Ala. He attended Bishop State Community College in Mobile and is employed by Lawshe Construction.

The couple will unite in marriage on May 30, 2015, at Hickory Ridge Lodge in Andalusia.

Invitations will be sent.

Johnson, Parriott to wed in July