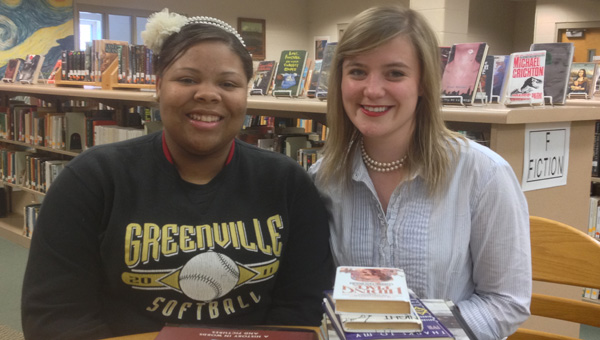 It is often said that genuine poetry can communicate before it is understood.

And so it was for Chelda Block, a part-time poet and a full-time leader at Greenville High School.

Leadership roles with the softball team and Key Club are nothing new to Block, although the same can’t be said for the world of poetry.

Although poetry doesn’t constitute a large part of her life, it was enough to nab her recognition as one of the top poets in the nation, according to Chapman University’s Annual Holocaust Art and Writing Contest.

The competition is an opportunity for middle school and high school students to engage with testimonies of holocaust survivors, and then render either a poem, a piece of prose or artwork to express the connection they made with the survivors.

Block was one of five finalists from 146 participating schools, each submitting three entries for consideration.

The first-place winner of the competition receives an all-expenses-paid study trip to the United States Holocaust Memorial Museum in Washington D.C. plus a $500 scholarship.

“She didn’t want me to actually submit her poem,” Ficken said.

“My whole class submitted their work to me, and I had to pick the top three.  At first she didn’t want me to, but I said, ‘Chelda, this is really good.’”

Ficken’s faith was well-founded, as both Ficken and Block were flown out Thursday morning to Chapman University in southern California to attend the awards ceremony, after which Block will get to interact with several holocaust survivors.  She might even get to meet the female survivor that was the subject of her work.

The inspiration for the poem, titled “Hope in a Concentration Camp,” came from one clear source.

The competition has served the dual purpose of strengthening Block’s writing skills while helping her develop a talent she didn’t even know she had.

“This competition has definitely sparked my interest in the world of poetry,” Block said.

“I feel much more confident in my ability as a poet.”