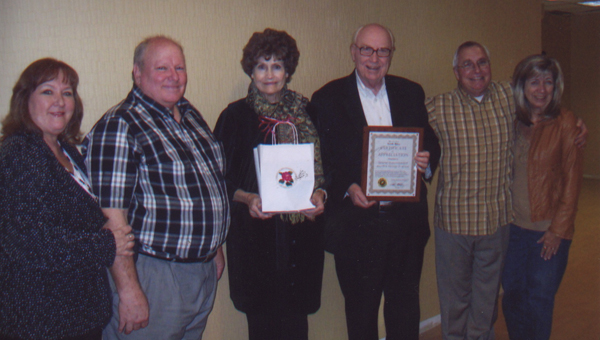 Lane Simmons couldn’t believe what he was hearing.

Simmons, the pastor at First Assembly of God, received a phone call informing him that George Wood, the general superintendent of the Assemblies of God, was planning a trip to Greenville.

“We found it hard to believe at first,” Simmons said.

Then Simmons learned of the connection.

Wood’s wife, Jewel, was raised in Greenville, and the couple wanted to show their children and grandchildren where she grew up. The Woods visited Mobile, where they were married; Buckaloo Church, where Jewel attended church and her parents’ gravesite. They also visited with friends.

“It was such a blessing,” Simmons said of meeting Wood. “It is scripture that says, ‘Do not despise small beginnings.’ Even though Greenville may be small in comparison to many places. It is the people who make a place special. We were blessed to meet this amazing couple and their family, who has influenced the whole nation and, yes, even the world. We are hoping they will come back and visit again to meet more of the special people of Greenville. We want to express thanks to (Mayor Dexter McLendon) and the Greenville Area Chamber of Commerce for welcoming this family and making them feel at home.”

Wood was elected general superintendent in 2007.

The son of missionary parents, who served in China and Tibet, Wood holds a doctoral degree in pastoral theology from Fuller Theological Seminary in Pasadena, Calif. He has authored a number of books, including Road Trip Leadership and A Psalm in Your Heart.